Pat Garvey has been a professional musician for nearly 27 years and is one of the UK’s most prominent players and educators. He is Head of Drums at BIMM, the UK & Europe’s largest provider of Popular Music Education, and as well as writing columns in nearly 40 issues of iDrum Magazine, he had his own column in the iconic Rhythm Magazine for nearly four years until the original run of the magazine came to close after 35 years. Pat also runs Master Study Studios in Brighton where he delivers specialist private drum tuition, career advice & mentoring to students that come to study with him privately from all over the UK & Europe and the wider world through his online Zoom and Skype lessons.

Some of his current and past students include musicians that play with some of the most recognisable artists around, such as Ben Thompson (Two Door Cinema Club), Joao Caetano (Leona Lewis, Incognito), Rufus Taylor (The Darkness, We Will Rock You, Jeff Beck, Bryan May, Queen), Perry Melius (Billy Ocean, Tricky), James Stewart (Vader), Adam Pitts (Lawson), Debbie Knox-Hewson (Nasty Cherry/Charlie XCX), Ben Thomas(Rag ‘n’ Bone Man), Evan Carson (Independent/iamthemorning/Come From Away) and Demelza Mather (The Wytches/MATHER)  to name just a few, as well as many more musicians working successfully in different pockets of the industry, and a great many more that are working successfully in the wider creative industries, world-wide.

As well as working as an international clinician he is also a published author; his first book Lawless was published in 2016 and Pat has written and filmed over 100 articles for various drum magazines as well as written music degree course notes and consulted on course design for some of the top popular music education providers in the world. Pat sits on the board of trustees of soundLINCS, one of the UK’s largest music charities, and is regularly involved in projects and programs reaching out to and working with young musicians in hard to reach areas and in challenging circumstances all over the UK.

As a freelance player Pat is busy year round playing and touring with various acts including The David Cross Band (King Crimson), The Prototypes (Get Hype Records) and  The DGB (Power of Three Records) and has played with artists including but not limited to, prog overlordsLonely Robot, Noel Redding (Jimi Hendrix), JAMES, David Jackson (Van Der Graaf Generator),Tim Booth, Freddie V (Average White Band), Lewis Stephens (Freddie King),David Cross(King Crimson),Fischer-Z, amongst numerous others. 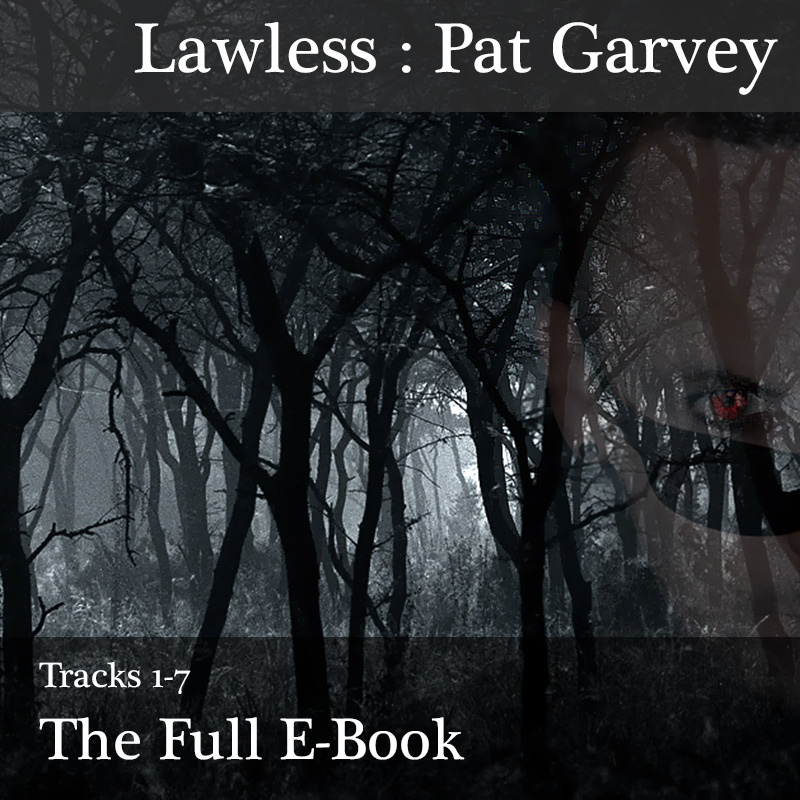 ‘Lawless’ is Pat Garvey’s first play-along drum book featuring tracks taken from his album ‘Lawless’. The tracks feature challenging and interesting grooves and fills along with demanding syncopation, ostinatos and double pedal playing, all highlighting Pat’s impressive musical skills whilst offering you the opportunity to have some fun whilst developing yours.